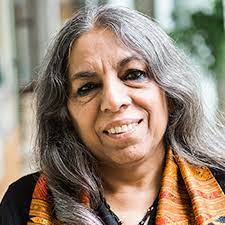 Urvashi Butalia is co-founder of India's first feminist publishing house, Kali for Women, and is currently Director of Zubaan, an imprint of Kali. A longtime activist in the women's movement in India, she is also an independent researcher and writer with several books, essays, magazine articles to her credit. Among her best known publications is the award-winning oral history of the 1947 Partition entitled The Other Side of Silence: Voices from the Partition of India. She is the recipient of the Nikkei Asia Award for Culture, the French Chevalier des Artes et des Lettres, the German Goethe Medaille and the Indian Padma Shri.