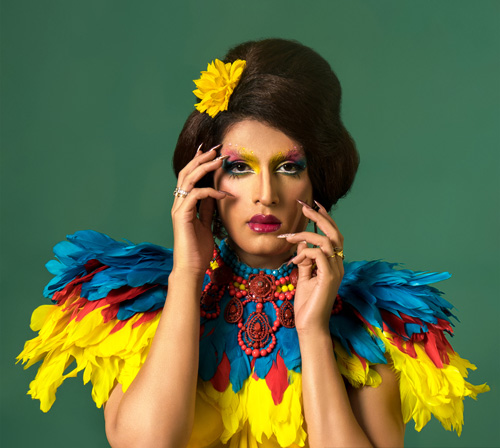 Sushant Divgikar AKA Rani Ko-He-Nur (they)

He holds the title of Mr. Gay World India 2014. The first Drag Artiste to appear on a Singing Reality Show on National Television in India--- SA Re Ga Ma His contribution as an Influencer has been endorsed by the recognition he’s received by GQ in December 2018 under the category of “GQ’s 50 Most Influential Young Indians 0f 2018” featured in the September issue of “Vogue-India”, in his Drag Avatar Rani Ko-He-Nur and listed in Forbes 30 under 30 Achievers 2020. The Artiste with the voice of an angel, moves that steal every show and a presence that oozes sass, she is the bonafide superstar of the Indian drag scene. A Youth Icon and an Inspiration who through their art promotes Inclusivity and love.