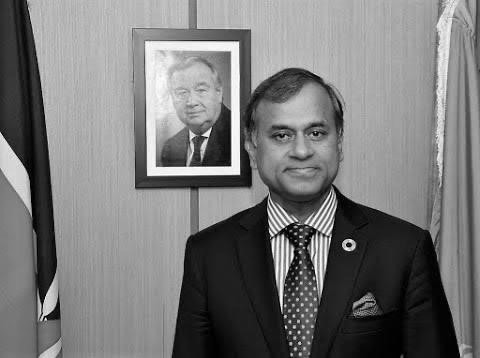 Siddharth Chatterjee is the United Nations (UN) Resident Coordinator for Kenya. He is a champion for gender equality, sexual, reproductive health and rights and outspoken on prevention of sexual & gender based violence. He has spent most of his career in the UN working in fragile states and complex emergencies, serving in various capacities with the UN Mission in Iraq, UNICEF offices in Somalia, South Sudan, Sudan (Darfur), Indonesia and the UN Peace Keeping Operations in Bosnia and Herzegovina and Iraqi Kurdistan. He has also worked in UNDP, UNFPA, the Red Cross movement, UNOPS and UN Security. A TEDx speaker, Siddharth writes extensively on humanitarian and development issues in a variety of journals such as Newsweek, the Hill, the Los Angeles Times, CNN, Al Jazeera, Forbes, CNBC Africa, the Guardian, the Huffington Post, Reuters, the Global Observatory and mainstream Kenyan and Indian journals. His early career was in a Special Forces Unit of the Indian Army. He holds a Masters Degree in Public Policy from the Woodrow Wilson School for Public and International Affairs at Princeton University, USA.