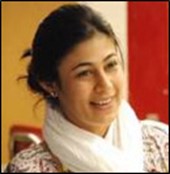 Shailja is the director at Dasra and Lead for 10to19: Dasra Adolescents Collaborative. Having supported the conceptualization and launch of the Collaborative she continues to provide strategic direction, overseeing operations, government partnerships and fundraising. 10to19 is a pioneering, outcomes-led, multi-stakeholder platform that unites funders, non-profits, technical experts, and government with 50 million USD in funding and reaching 10 million adolescents.Prior to Dasra, she was a part of the founding team at Aangan, a non-profit which works to build safe communities that are free of child-harm practices such as trafficking, hazardous work, child marriage, violence, and abuse.With a BA in Economics from St. Xavier’s College, Mumbai, and a Diploma in Social Communication Media from Sophia Polytechnic, Mumbai, Shailja is also a Dasra Social Impact Fellow (2012), a Ford Motor Company Fellow (2012), and an Ananta Aspen India Initiative Fellow (2013).