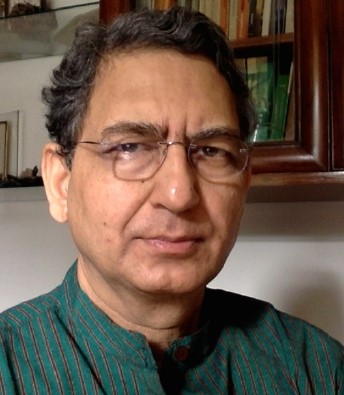 Pravesh Sharma took voluntary retirement from the Indian Administrative Service in January 2016 after a career spanning 34 years. He spent over 20 years handling assignments in the food and agriculture sectors. He has served in various capacities in the State Government of Madhya Pradesh (1982-1998), including district magistrate, director of food and civil supplies and agriculture secretary. In Government of India he served for 3 years in the Prime Minister’s Office (1999-2001). He was also seconded on a 5 year UN assignment with the International Fund for Agricultural Development (IFAD-2001-2006). In his last official assignment as MD, Small Farmers’ Agribusiness Consortium (SFAC), Pravesh Sharma led a national campaign to mobilize farmers into producer organisations (FPOs) to integrate smallholders in the value chain (2010-1015). He is the founder-CEO of KAMATAN, an agri-tech start-up launched in 2018 to create an inclusive supply chain by integrating farmers with markets. The company works with over 300 FPOs across the country to create local value chains and brands. He is an alumnus of St. Stephen’s College, Delhi University, where he earned a Master’s degree in History in 1981 and was selected to the Indian Administrative Service in 1982. Pravesh Sharma spent an year as Visiting Fellow at the Center of International Studies, Princeton University in 1995-95, researching food policy issues. He has written extensively on issues of agriculture policy in journals and newspapers and has co-edited two books, including one on food and agriculture issues with Prof. M.S. Swaminathan. Pravesh Sharma is the Chair of the Steering Group of the National Association of Farmer Producer Organisations (NAFPO), a platform created to build awareness of issues related to FPOs. He also serves as an Independent Director on the Board of Directors of DCM Shriram Ltd.