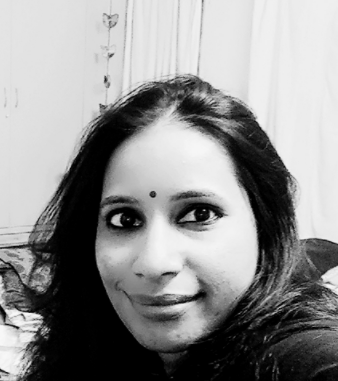 Director of the Society for Social Audits, Accountability and Transparency (SSAAT)
Department of Rural Development, Government of Telangana

Sowmya Kidambi currently works as the Director of the Society for Social Audits, Accountability and Transparency (SSAAT), Department of Rural Development, Government of Telangana. She is also holding the charge of Director for the SSAAT-Andhra Pradesh. Sowmya holds a Masters Degree in Social Work (Urban and Rural Community Development) from the Tata Institute of Social Sciences, Bombay, India. She also holds a Diploma from Columbia University, New York, in Human Rights. Since 1998, she worked with the Mazdoor Kisan Shakti Sangathan (MKSS) based in Rajasthan, India.The MKSS has played an important role in the formulation and passage of the Right to Information (RTI, 2005) and the Mahatma Gandhi National Rural Employment Guarantee (MGNREGA, 2005) Acts in India. While Sowmya continues to be a member of the MKSS, since April 2006 she worked on an assignment as Social Development Specialist with the Strategies and Performance Innovations Unit, Department of Rural Development, Government of Andhra Pradesh (India) to institutionalize the Social Audit process as part of the National Rural Employment Guarantee Scheme and is now the Director of the SSAAT set-up in 2009. Sowmya has also worked with the International Budget Partnership, Washington DC as Trainer/Technical Assistance Provider since October 2008. She is responsible for conducting training courses on expenditure tracking with a special emphasis on social audits. She has also trained groups in countries like Kenya to Social Audit the Constituency Development Fund and South Africa to audit the Janitorial and Sanitation services.