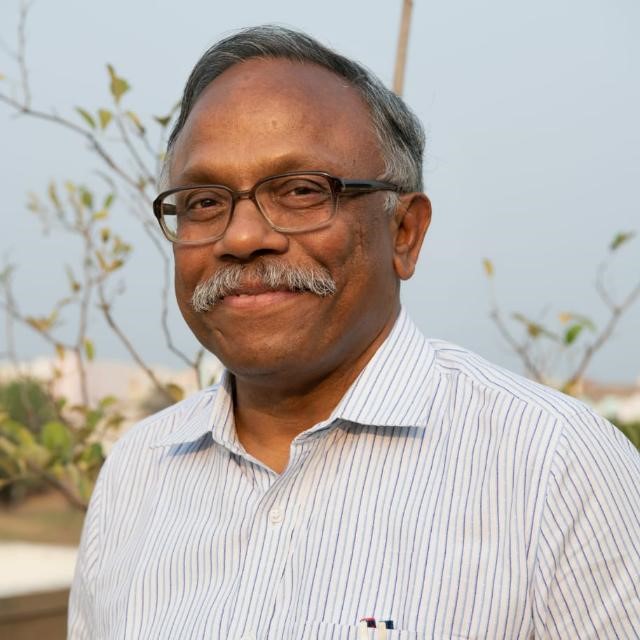 A Physics honour student and an MBA from Faculty of Management Studies, Delhi University( 1977). He joined the Government, in 1983, in the Indian Administrative Service. Allotted to Andhra Pradesh (A.P) cadre. In his 37 years of Govt. service, he has spent about 25 years in large scale community mobilization and promotion of livelihoods of rural women,tribal communities and farmers. He spent a record 10 years, 2000 to 2010 as CEO of Society for elimination of Rural Poverty (S.E.R.P) in A.P and led the mobilizing and empowerment of 11.5 million rural poor women into thrift and credit based self-help groups (SHGs) and their federations, to enable them to come out of poverty. The programme was supported by the World Bank. From 2010 to 2015, was the first Mission Director of the National Rural Livelihoods Mission (N.R.L.M), Govt of India. He has taken the lessons of SERP to the whole country, with a vision of mobilising 100 million rural women into S.H.G s and federations. This programme was also supported by the World Bank. He returned to Govt. of AP in April 2015 as Special Chief Secretary, Agriculture Dept. After his retirement in September, 2016 he has been appointed as the Adviser to Govt, Agriculture Dept. For the past 5 years, he has been leading the climate resilient, A.P Community managed Natural Farming , also known as Zero budget Natural farming. Renamed as Andhra Pradesh Community-Managed Natural Farming in 2020, he is currently, serving as Executive Vice-Chairman of RySS and Ex Officio Spl Chief Secretary to Govt ( Natural Farming) Agriculture and Cooperation Dept Govt of A.P; covering 700,000 farmers and farm workers in A.P. This work builds on the large scale mobilization of women in the State from the year 2000. The vision is to cover by 2027, all the 60 lakh (6 million) farmers and 20 lakh (2 million) farm workers in AP and to make the whole state a natural farming state. He has been appointed as the Vice Chair (Productions) of the Champions Network for the United Nations Food Systems Summit to be held in September 2021.