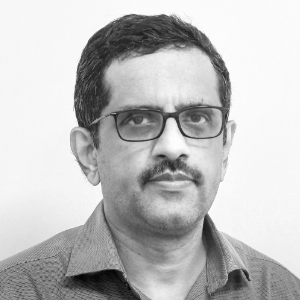 In 27 years of journalism, Shankar has accumulated a wide range of experiences in developed, emerging and frontier markets, working first at The Economic Times and then with Reuters in Mumbai, Frankfurt, London and Dubai. Other locations he has reported out of include Moscow, Vienna and Singapore. He returned to India nearly a decade ago to take on a senior role at the Hindustan Times, where he oversaw its largest edition. At Network 18, he led a revamp of India's largest financial site, Moneycontrol, giving it a news focus and hiring over 50 journalists to set up a newsroom. He has been Editor of Deccan Herald (DH) since September 2018 and CEO of The Printers (Mysore) Pvt Ltd, the company that publishes DH and Prajavani, since 2019.