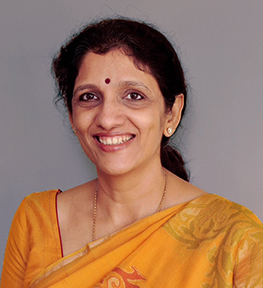 As the MD & CEO, Meena heads Portea Medical (www.portea.com), India’s largest and fastest growing home healthcare company, which she co-founded in July 2013. The company, , has 4500+ employees and operations across 16 cities in India, and brings in-home to patients, the full range of geriatric, chronic, post-operative care as well as allied healthcare services. Till February 2013, Meena was a promoter and board member of TutorVista, and CEO and MD of Pearson Education Services, acquired by Pearson, the world’s top education services company, for $ 213 MM in what was one of the largest deals in the Indian education sector. As a partner of the platform, Growthstory.in, she is also co-promoter of nearly a dozen, new-age Internet/ Technology enabled start-ups. A few of them that are leaders in their category include Bigbasket.com - India’s premier e-grocery retailer, home solutions company - HomeLane, food tech company, FreshMenu and Bluestone.com – India’s leading online jeweler. Earlier, Meena set up the Tesco Hindustan Service Center, Tesco’s outsourced IT services and analytics operation in India, and served as the CEO. Before joining Tesco‚ Meena co-founded one of India’s pioneering BPO companies - Customer Asset, which she sold to ICICI OneSource. Meena also had a five year stint with Microsoft India‚ during which she set up multiple business units including Microsoft Consulting‚ Internet and Application Development/Business services units. During the initial 11 years of her career, Meena was with PricewaterhouseCoopers and with NIIT. Meena is a PGDM holder from IIM Calcutta has a graduate degree in Physics from the Madras University. In 2011, she was conferred the ‘Distinguished Alumnus’ award by IIM Calcutta. She won the ET Startup Award in the Women Ahead category in 2016 and was chosen as Health Entrepreneur of the Year (2016) at the India Health Summit & Awards. Meena has been part of Fortune India’s 50 'Most Powerful Women in Business' for six consecutive years (2015 - 2020). She was recently awarded the Kempegowda Award by BBMP for contribution to the city of Bengaluru. Meena serves on the board of Pfizer India, P&G Limited, Manipal Cigna and Axis Bank. She has been part of the Board of Governors of the Indian Institute of Management-Calcutta.