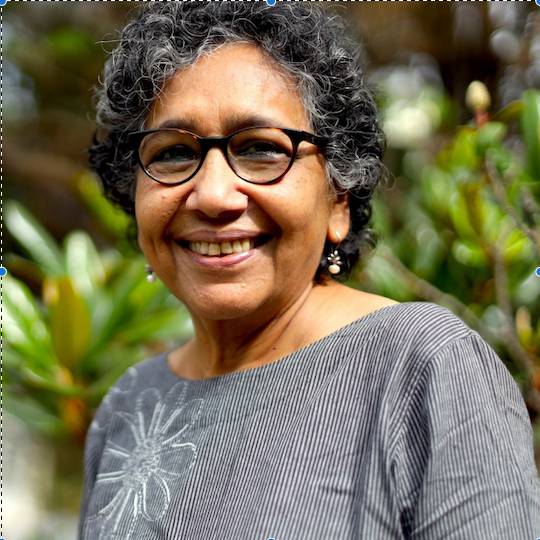 Kalpana Sharma is an independent journalist, columnist and author based in Mumbai. In almost five decades as a journalist specializing in developmental, environmental and gender issues, she has worked with Himmat Weekly, Indian Express, Times of India and The Hindu. She was Consulting Editor with Economic & Political Weekly and Readers' Editor with Scroll.in. Her column on gender, ""The Other Half"" ran for 30 years first in Indian Express and then The Hindu. Currently, she writes a media column in Newslaundry.com. Her latest book is ""The Silence and the Storm: Narratives of violence against women in India"" (2019). She is also the author of “Rediscovering Dharavi: Stories from Asia’s Largest Slum” (2000). In addition, she has edited ""Single by Choice, Happily Unmarried Women"" (2019) and “Missing: Half the Story, Journalism as if Gender Matters” (2010), and co-edited “Whose News? The Media and Women’s Issues” (1994/2006), and “Terror Counter-Terror: Women Speak Out” (2003).

In search of a story: Lives of women journalists