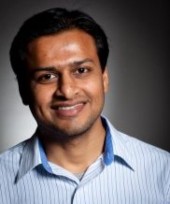 Mr. Jasmine Shah has been the Vice Chairperson of Dialogue and Development Commission, a position holding the rank of a Minister in the Government of National Capital Territory of Delhi, since November 2018. Mr. Shah has a wide experience working on urban governance and policy issues and has been advising the Government of National Capital Territory of Delhi since 2016 on education budget transparency and transport policy reforms. He has also worked on several crucial transport reforms of the Delhi government such as the Electric Vehicle Policy, Common Mobility Card, bus route rationalization and last mile connectivity initiative, large-scale induction of electric buses, among other projects. Mr. Shah has previously worked at the Massachusetts Institute of Technology’s Jameel Poverty Action Lab (J-PAL) where he was the Deputy Director of its South Asia office, and prior to that at the Janaagraha Centre for Citizenship and Democracy. Mr. Shah holds B.Tech., and M.Tech. degrees in Mechanical Engineering from IIT Madras and a MPA degree from the School of International and Public Affairs at Columbia University, New York, where he was a Fulbright-Nehru Fellow

Uncommon Ground - Coexistence between a Strong Society and a Strong State