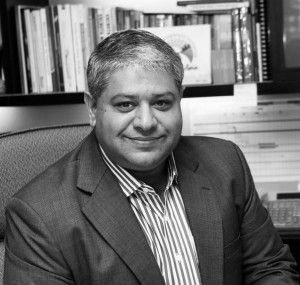 Ashvin Dayal leads The Rockefeller Foundation's global power initiative aimed at scaling up energy access in order to drive economic and social development. He has overseen the Foundation's pioneering investments in the renewable energy mini-grid space in India and the establishment of Smart Power India, a dedicated platform to support the acceleration of last-mile electrification. He is now building out a portfolio in sub-Saharan Africa where the Foundation will support innovative models to integrate grid and off-grid solutions in order to accelerate the pace and reduce the cost of electrification. As one of the Foundation's long-term priorities, Ashvin is responsible for shaping its global power investments with an ambitious goal of ending energy poverty and improving the livelihoods of hundreds of millions of people over the next decade. Mr. Dayal joined the Rockefeller Foundation in 2008 as its Asia Managing Director, running the Foundation's regional office in Bangkok, Thailand. From there he led the Asian Cities Climate Change Resilience Network, a major nine-year partnership that equipped over 50 Asian cities to better cope with climate change impacts. He also oversaw the Foundation's global Inclusive Economies portfolio, a policy and research effort to advance development and impact investments that drive more broadly shared prosperity. Before joining the Foundation, he held a range of senior leadership roles over 15 years with Oxfam in Asia, Europe, and the Middle East. This included leading its largest-ever relief and recovery effort in the aftermath of the 2004 Asian Tsunami, and overseeing the creation of Oxfam India. Ashvin holds a bachelors degree from the School of Oriental and African Studies at the University of London, and a masters degree from the School of Advanced International Studies at Johns Hopkins.