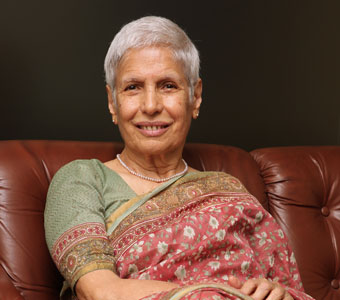 Board Member
Teach For India

Ms Anu Aga is an Indian billionaire businesswoman and social worker who led Thermax, an energy and environment engineering business, as its chairperson from 1996 to 2004. In 2007 was part of 40 Richest Indians by net worth according to Forbes magazine. She was awarded with the Mumbai Women of the Decade Achievers Award by ALL Ladies League, the all ladies wing of ASSOCHAM. After retiring from Thermax, she took to social work. In 2010, she was awarded the Padma Shri for Social Work by the Government of India, and in 2012, she was nominated to the Rajya Sabha.